As the Pop art movement grew around him, Johns left behind the colorful paintings filled with familiar gestures and images and turned to a darker palette. That year Rauschenberg acquired a studio space in Florida, and two years later, Johns took a studio on Edisto Island in South Carolina. Although they still spent some time together in New York, both increasingly went their own separate ways. The end of such an influential and formative relationship had a huge emotional impact on Johns, and he immersed himself in his work as well as the linguistic philosophic works of Ludwig Wittgenstein and the poetry of Hart Crane. Throughout the 1980s and 1990s, Johns' work took a more introspective turn as he included specifically autobiographical, introspective content in his work. Johns became increasingly more reclusive in the decades after his break from Rauschenberg, almost never giving interviews, and maintaining a very quiet public persona. As part of the crucial Neo-Dada movement, Johns bridged the aesthetic gap between Abstract Expressionism and Pop art during the late 1950s, but to this day, he continues to expand his subjects, materials, and styles. Pop artists, like Andy Warhol and James Rosenquist, benefitted from Johns' groundbreaking turn to the outside world, which presented everyday objects and mass-produced goods as the subject matter of fine art.
Read More 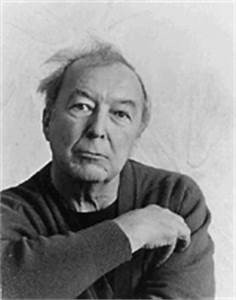