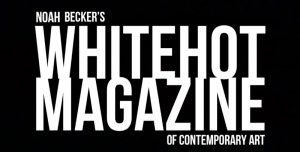 “THE BEST ART IN THE WORLD”

Davood Roostaei: Hide the Picture to Show It 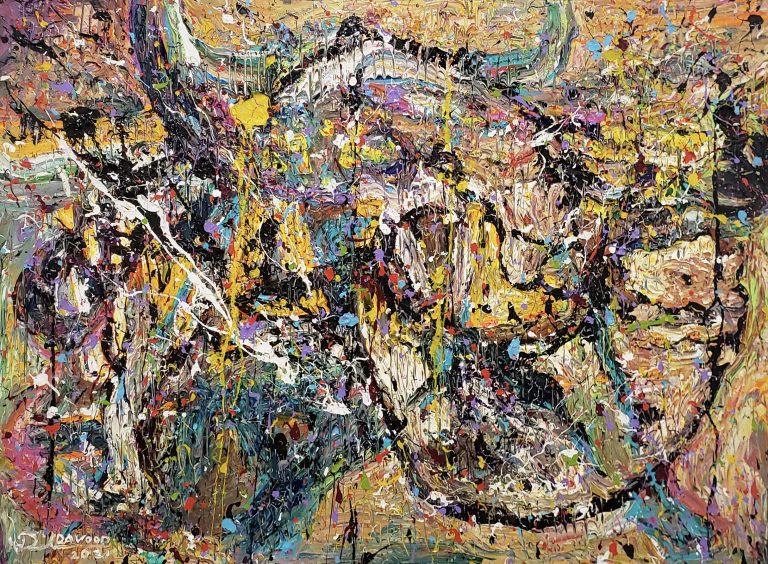 With the introduction of photography, the modern era of painting began in crisis: where does painting end and the picture begin? With the introduction of digital media, the modern era of painting ends in crisis: when does painting end? But both beginning and end are fictions: the picture was always once removed – and painting doesn’t end. Immersed for two centuries in an existential forest of images, simultaneously fleeing the real and embracing it, painting and its devotees have gone from impressions to expressions, abstractions to non-objectivities, actions to appropriations, trying to have their paint and see it, too. It is into this ongoing painterly tumult that Davood Roostaei has pegged his sails; the painter, himself tossed about on the swells of history – not just art history, but human history – has devised a method for displaying and hiding both image and meaning, a double-sided, or perhaps double-depthed, approach to presenting things and de-presenting them, exposing and at the same time obscuring the figures and objects that have fallen onto Roostaei’s canvases in response to contemporary tempests and philosophical conundra.

Roostaei calls this pigmented hide-and-seek “Cryptorealism,” a term at once clarion and concise. “Realism” itself comprises a lot, certainly in the context of visual art; and “Crypto” signals a diffident and secretive attitude. It would also seem to claim affinity with current economic and meta-economic developments, but the artist coined the term over 30 years ago, long before the era of NFTs and blockchains, back when “crypto” straightforwardly signified the act of hiding. For that is what Roostaei has been doing for upwards of four decades – rendering his subjects in paint and then defacing those subjects with such vigor and thoroughness as to leave behind what seems skeins and networks and cascades of pure paint, devoid of reference — and, not incidentally, applied to support without brushes (Roostaei paints entirely with his fingers). But in fact, those blankets of pigment buzz palpably with the energy of the things they have swallowed. They have become what they have engulfed. 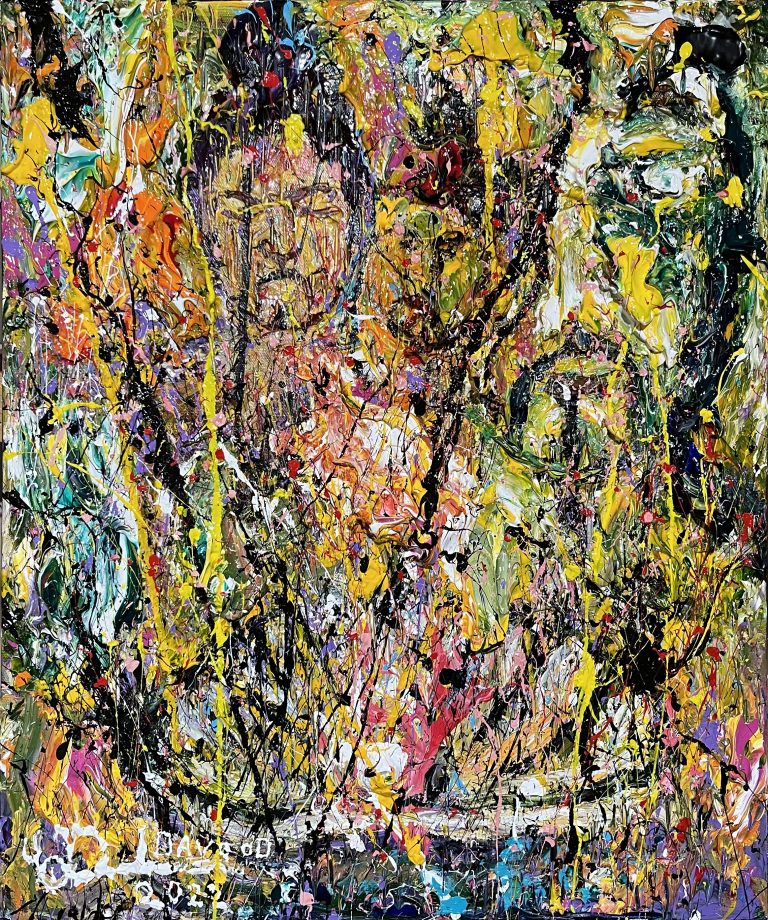 And they have engulfed a vast repertory of images, in particular images of people and events from our chimeric, tumultuous times. Interred beneath Roostaei’s blizzards of pigment are renditions of entertainers and politicians, tyrants and liberators, humanitarians and people of profound influence, those who delight the world, those who appall it, and those who for better or worse comprise its mind and spirit. Singers and actors lurk behind some of these entablatures; mullahs and chancellors are veiled behind others. Roostaei captures and buries not the famous but the impactful. Also in there are mythic fabulations drawing on world traditions, ancient symbols manifesting today’s dramas, and almost reportorial presentations of the latest news. Roostaei’s Cryptorealism swallows idea and fact, individuals and global forces into vortices of paint, conjuring in their density of meaning the very opposite of black holes, but displaying a similarly endless appetite for energy – and material, and time.

Born in Iran in 1959, Roostaei studied at Tehran’s Academy of Fine Arts in the late 1970s, until the Islamic Revolution upended Iranian creative life. Opposed to the new order and, as a pacifist, to its war with Iraq, Roostaei turned to the overtly political art form of graffiti – and was imprisoned for two years for his anti-regime activities. Soon after release, he emigrated to Germany, ultimately settling in Hamburg. German art was dominated at the time by neo-expressionism/die neue Wilde; this expansive style, driven by impulse and engagement, suited Roostaei perfectly, and he quickly developed his own approach, at once gestural and depictive. As he plied and evolved his style, he was able to conflate his infatuation with paint with his fascination with modern life – particularly once he abandoned brushes and began painting with his fingers, a technique he has relied on since. His declaration of Cryptorealism soon followed. After a decade and a half, however, Roostaei found he had exhausted his dialogue with German art (and politics) and relocated again in 2000, this time to Los Angeles. 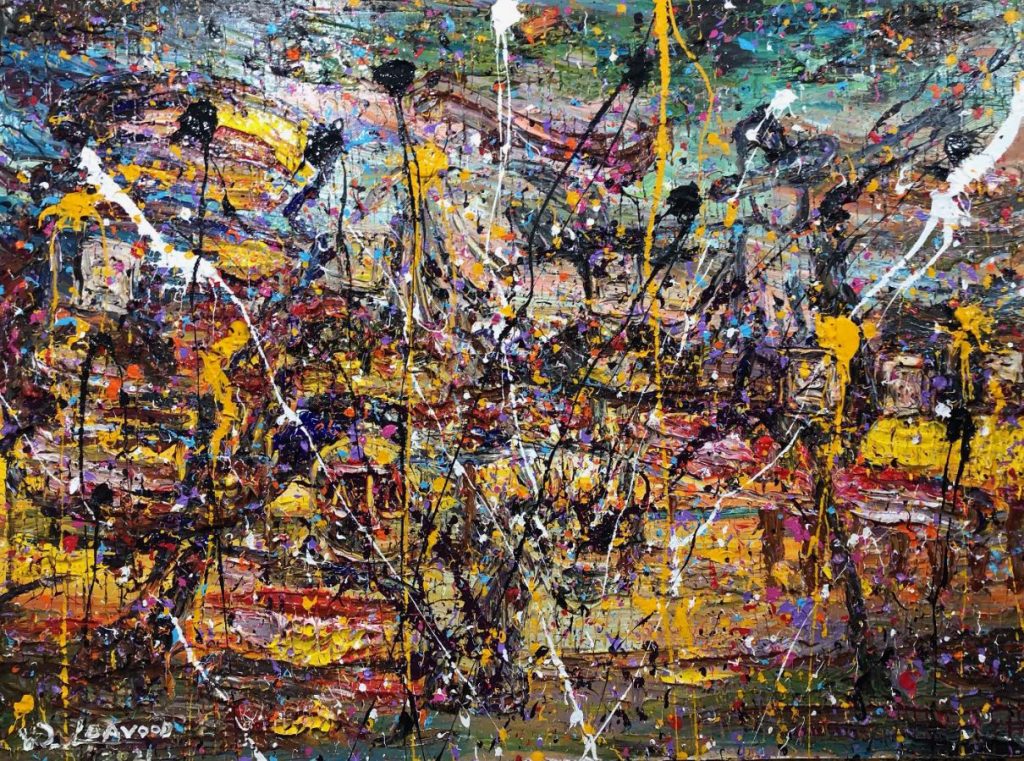 If Europe provided Roostaei political asylum, America has provided him spiritual and perceptual freedom; here, his void is, or has been, his own. California has indulged Roostaei – by leaving him alone as much as by paying him attention. His years of re-intimation are now giving way to a recurrent urge, to reveal, to communicate, to claim, or re-claim, an audience. Davood Roostaei’s recrudescence comes, not accidentally, at a moment of worldwide upheaval and change. His art has addressed such moments, and now that the fate of humans, of nationalities, of our species hangs in so many different balances, a voice like Roostaei’s again finds its witnesses. WM

PETER FRANK is an art critic, curator, and editor based in Los Angeles, where he serves as Associate Editor of Fabrik Magazine. He began his career in his native New York, where he wrote for The Village Voice and The SoHo Weekly News and organized exhibitions for the Solomon R. Guggenheim Museum and the Alternative Museum. He is former Senior Curator at the Riverside (CA) Art Museum and former editor of Visions Art Quarterly and THEmagazine Los Angeles, and was art critic for LA Weekly and Angeleno Magazine. He has worked curatorially for Documenta, the Venice Biennale, and many other national and international venues.  (Photo: Eric Minh Swenson) 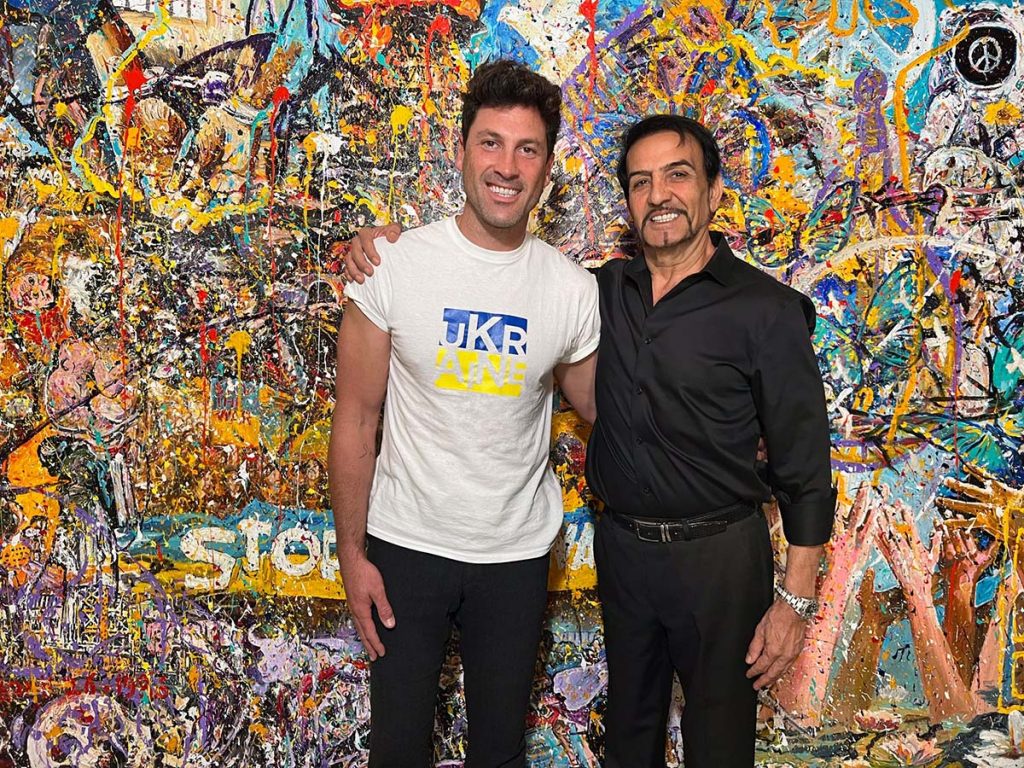