Paul Chizik was Born in1957, Vancouver, B.C my paintings are rooted in the classical tradition with a contemporary approach. I work in the custom of painting major scale canvasses in the studio as well as the plein-air custom of working directly outdoors in a variety of environments where the natural splendor or raw urban power is immediate. Paul Chizik work ranges from landscapes, to portraiture, figurative narratives and still life. As artist, mentor and teacher I hope to have the art of painting regain its role as an exciting, current and vibrant visual medium with a renewed urgency.

1995-2017. Independent Studies. Traveled & studied many of the major works in Canada, Australia, the

1995. Chicago Institute of Art, USA. Studied under Michael John Angel on Techniques of The Old Masters. 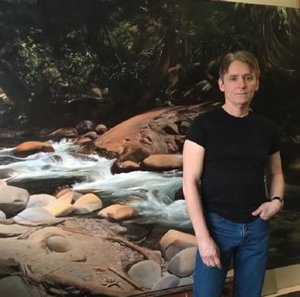